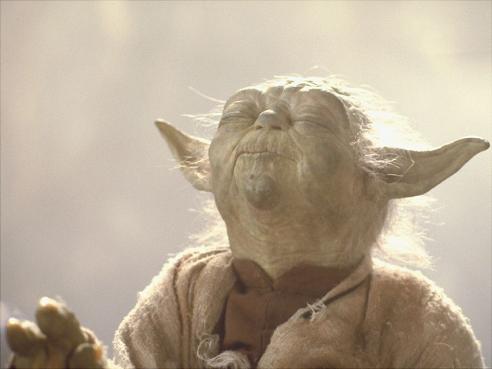 My entire facebook feed is clogged with the news of how Disney has paid Lucas 4.05 billion dollars for the Star Wars franchise…..and man…there seems to be a lot of hate.  I dislike making disparaging comments about a huge chunk of my geekdom (yeah, that’s right, geekdom…as in “Tony’s kingdom of geek friends”) but I’m gonna counter rant and hate on the haters.

the force and watched the new episodes as they came out.  After all, it had been over 15 years since the light and dark side had at it.  So they went and watched Episode I.  And hated it.  With a passion.  Vitriolic seething anger.  You get the idea.  I can remember the endless rants in my store about how Lucas had sold out and how Jar Jar was horrible.

But you have to realize that he didn’t write these movies for the 30+ year old fan boys.  He wrote it for an entirely new generation of kids.  Sure the dialogue may have been cruddy and some of the acting not up to par but to be honest these comments can similarly be applied to the original trilogy.  If you think Phantom Menace was awful, I have 1.027 billion reasons to disagree with you.  (Episodes 1-3 garnered a minuscule 2.5 billion dollars in ticket sales…I wouldn’t even hazard a guess at how much they made on merchandising)   The young kids who had their parents buy these tickets went to see these movies again and again.  Exposure to the space opera/sci-fi genre opened their minds to a whole new field of cinema and literature.  These same kids are the young adults who are now Doctor Who, Firefly, and Walking Dead fans.  And by “fans” I mean “avid consumers”.

So feel free to direct your anger at Lucas and Disney’s potential further trashing of your childhood but keep in mind they aren’t interested in your bygone memories of Yoda raising the X-Wing out of the swamp.  They are far more interested in the money that will be generated by exposing a whole new generation of kids to the Star Wars’ franchise.  You are not the fans they are looking for.